We’re thrilled to be working with artists Allara Briggs Pattison, Daniel King and Ben Pederick on two new creative projects to be launched this FUSE Spring.

Allara has handpicked six local artists to create brand-new original works in response to a creative provocation. Over the course of the festival you can expect to hear demos of exceptional songs from local songwriters of diverse backgrounds, interesting collaborations and fascinating takes on a common theme.

Daniel and Ben have been commissioned to create a short film offering a message of Welcome by Traditional Owners to communities who live on the land of the Wurundjeri Woi Wurrung people, and on which the City of Darebin sits, in the spirit of recognition and respect. The film will also explore relationships with Country and what being ‘Welcomed’ means through the perspective of other Aboriginal and Torres Strait Islander people who have a connection with Darebin.

Allara is a creative entrepreneur whose Yorta Yorta culture inspires her work on every level. A skilled musician, composer, film maker and involved in the climate justice movement, Allara strives to create space for cultural, spiritual and environmental healing on a global scale in every aspect of her life.

Descendent of the Yuin and Awabakal nations, Daniel is an Indigenous filmmaker who works in both factual and narrative forms as a director as well as skilled camera operator and editor. In 2001 Daniel graduated from RMIT with an Advanced Diploma in Video Production and his final year film ‘Mirror Images’ starring Aaron Pedersen was selected for screening at numerous film festivals including the Tadawali Awards and the Rotterdam Film Festival. Daniel also has a Masters of Film and TV in Directing Drama from the Victorian College of the Arts (University of Melbourne). Daniel directed his first TV documentary with John Harding titled 'The Fitzroy Stars' for the ABC program Message Stick in 2006. Daniel has since made numerous documentaries both nationally and internationally for broadcast including a feature length documentary titled 'Trading Cultures', broadcast by NITV /SBS. Daniel has won a number of awards including NIMA for Best Music Video 2018.

Ben has directed and produced award winning films, television and digital features for broadcasters including National Geographic, Al Jazeera, Radio Free Asia, Discovery, Foxtel, as well as Australia’s public and free to air stations. He has directed and produced multiple series and documentary investigations that have spanned the world, and is adept at planning and executing projects in multiple countries. From Botswana’s Bushmen to the Tibetan Champa, from homelessness on the streets of Australia, to refugees fleeing their homes in Indonesia, Syria and Turkey, Ben’s work is always inspired by human diversity, and by the power of stories. Ben edited the English version of The Dead Eye and the Deep Blue Sea, a graphic memoir of slavery in the Thai fishing fleet, published by 7 Stories Press (NYC), currently in development adaption as animated feature film. He is sought after as a director, senior producer, writer and shooter by some of Australia’s leading documentary companies, including Blackfella Films New Start, Filthy Rich and Homeless, WTFN, Paramedics, CJZ, Go Back to Where You Came From, Bondi Rescue, Demolition Man, Chemical Media, Australia’s Forgotten Islands, and Madman Productions, Westwind: Djalu’s Legacy for MiFF Premiere Fund and NiTV. 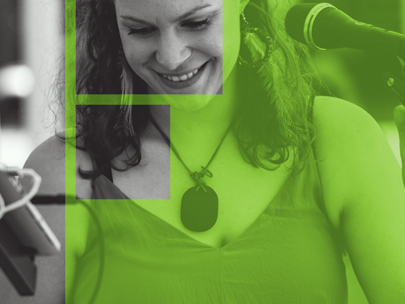